We take to some words for the way they roll off the tongue; others for the thing they describe. Juxtapose has enjoyed rolling off my tongue from time to time ever since I first heard it in Mrs. Curcio’s sixth grade classroom. Yesterday, it came to me as I contemplated what to write for this post. “Why,” I thought, “would Christian juxtapose Haydn’s Harmoniemesse with choruses from Mendelssohn’s Elijah?”

I had to ask. The answer I received brought along with it another favorite word: edification. It describes that sense of clarity one receives from learning more about something or someone already known to us. Who doesn’t like the backstory?

When Napoleon entered Vienna in May of 1809, the month of Haydn’s death, the aged Haydn refused to leave his house and seek refuge. By order of Napoleon, a guard was placed outside the beloved composer’s door where he was visited by a French officer who sang an aria from The Creation. Haydn was seventy-seven years old and had stopped working after he composed the Mass in B-flat Major seven years earlier. He died on the last day of May, a mere four months after Mendelssohn was born.
Haydn’s Mass in B-flat Major was, as all masses of the time were, the musical portion of a church service, not a concert piece to be performed as such. Christian chose to interrupt the Harmoniemesse with psalms from Mendelssohn’s Elijah to convey a sense of the breaks one would experience during the church service. Instead of liturgical instruction, however, you will experience the reflection of worship via choruses of Mendelssohn’s oratorio. 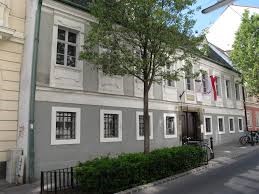 After intermission, you’ll hear Mendelssohn’s Psalm 42 “Wie der Hirsch schreit” which Christian last conducted in 1993 when he and the Berlin State and Cathedral boys’ choir, of which he was director, performed it at the cathedral’s re-consecration service. The Berliner Dom, as it is called, had been damaged during WWII and, as its location put it in East Berlin, it was all but demolished by the communist government during the Cold War. The choir was expelled to the West where it took part in both government and church events, but with no permanent home.
After the fall of the Berlin Wall in 1989, funds were more openly available for the rebuilding of the cathedral. Christian took initiative and actively pursued the return of boys’ choir to their home where they, to this day, are in residence, bringing them full circle.
The Berlin State and Cathedral Choir evolved from a boys’ choir founded circa 1645 to sing in the chapel of the monarch. The chapel was eventually replaced by the cathedral of today – the Berliner Dom – in the mid-nineteenth century.  It wasn’t until the monarchy fell in 1918 and the German State was established that it became the Berlin State and Cathedral Choir. Over time, the choir became part of the Berlin University of the Arts where Christian is a professor.
During its long history, the choir gained particular recognition when, in about 1841, a certain predecessor of Christian’s was director of the boys’ choir, none other than Felix Mendelssohn. 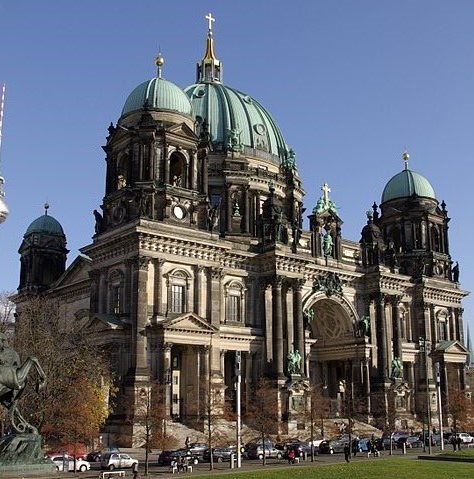